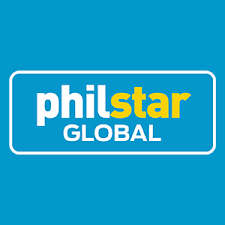 CREIT capped its listing day up 11.37% from its offer price of P2.55 per share. Including the overallotment option, gross proceeds from the initial public offering amounted to P6.4 billion.

The maiden share sale came at a turbulent time for global equity markets as rising tensions in Ukraine fray investors’ nerves. At home, the main index was able to reverse losses during the morning trade to finish up 0.93%.

“"CREIT had a stellar debut today with many investors banking on its dependable income stemming from guaranteed lease revenues from its properties plus a variable lease accruing to the firm,” Luis Limlingan, head of sales at Regina Capital Development, said.

CREIT is the sixth REIT company in the Philippines, and the first non-office REIT at that. So far, CREIT is the country’s only renewable energy (RE)-focused REIT, with proceeds from the sale of primary shares to be used to buy property assets in Bulacan and South Cotabato which will be leased to solar power plants within the Citicore Group.

Meanwhile, money raised from the sale of secondary shares would all go to CREIT’s sponsor, Citicore Renewable Energy Corp., which is under the same ownership group of listed builder Megawide Construction Corp.

“I think investors are appreciating CREIT's characteristics as a ‘green’ investment given the focus on solar energy by its lessees which in turn provide stable rental income to the company,” Manuel Lisbona, president of PNB Securities Inc., said.

“The company is well-positioned to take advantage of the growing demand for energy as well as the global focus on more sustainable energy sources,” Lisbona added.

Indeed, appetite for CREIT was so strong that the company had to push back its listing day to issue refunds to investors who placed their orders but were not allocated with shares after demand exceeded the size of the offer. The company completed the IPO period on February 8.

"The high level of interest among investors for [the] REITs and the renewable energy companies obviously contributed to the brisk demand in the shares of CREIT," Ramon Monzon, president and CEO of the Philippine Stock Exchange, said during the listing ceremony on Tuesday morning.

Finance Secretary Carlos Dominguez III, who gave a recorded message at the ceremony, expects REIT to be a "powerful financial instrument" to raise sufficient capital and open the door to investors, especially small ones. As mandated by law, CREIT shall redistribute to shareholders at least 90% of its annual distributable income as dividends.